What is Pink Himalayan salt? 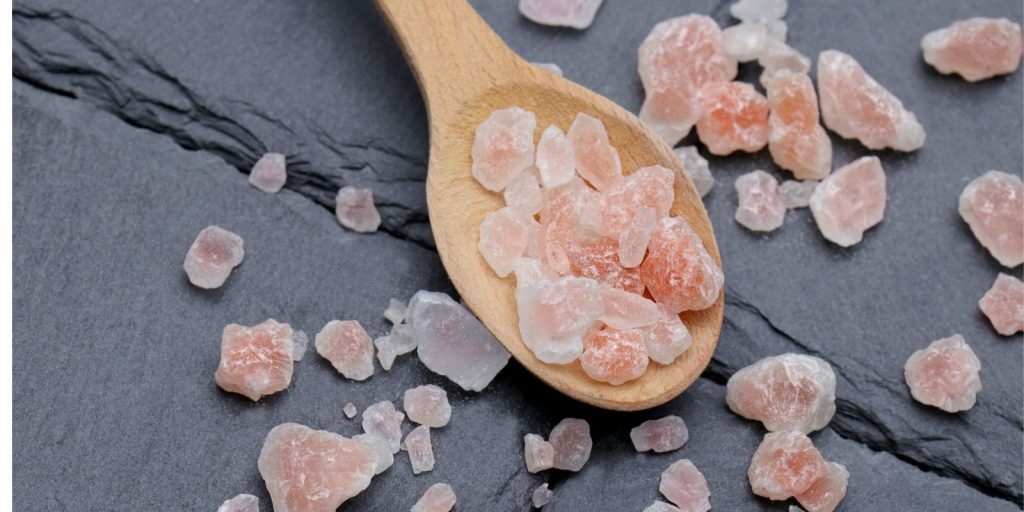 Himalayan salt is a kind of rock salt with many benefits. It is mined from the foothills of the Himalayas in Pakistan and can be found in most health food stores. Pink Himalayan salt has gained immense popularity because of its various health benefits and is used worldwide; many people substitute regular table salt with Himalayan salt.

Are you thinking of leading a healthier lifestyle as well? It is never too late. This article will discuss all you need to know about these pretty pink crystals. Himalayan salt is a new craze in the health food industry. It is known for its many benefits and can be used as a natural remedy for many ailments. Himalayan salt price has been on the rise over the last few years.

What Are Pink Himalayan Salt Benefits?

Pink Himalayan Salt has several benefits. This salt is extracted from ancient sea beds once covered by water. It is used in cooking and as a healthier alternative to table salt because it contains 84 different beneficial minerals and elements that regular salt does not. Some people even use pink Himalayan salt in water and lemons for a healthier version of lemonade.

Himalayan salt is a new craze in the health food industry. It is known for its many benefits and can be used as a natural remedy for many ailments. Himalayan salt price in Pakistan has been on the rise over the last few years due to the demand from the market. The price of Himalayan salt ranges between $5 to $8 for 100 grams; this is much higher than other salts available in the market, but the added benefits are numerous.

What Is Black Himalayan Salt And Its Benefits?

Black Himalayan salt is a rock salt mined in the Khewra Salt Mine in Pakistan. It is marketed as a healthy and natural form of salt with many health benefits, such as detoxification, reduced inflammation, and improved sleep.

What Are Himalayan Salt Lamp Benefits?

Himalayan salt lamps provide several benefits, including purifying the air and adding a pleasant ambiance to any room. Salt lamps are made up of two parts: the lamp itself and a bulb. The bulb is typically an incandescent light or LED light, which provides heat and light. The lamp comprises Himalayan salt crystals that act as an ionizer. When heated by the lightbulb, salt crystals release negative ions, which purify the air and add a pleasant ambiance to any room.

What Is The Use Of Himalayan Salt Inhalers?

Many people use crystals to remove negative energy or r sheer beauty; however, these crystals need to be cleansed.

One way to cleanse your crystals is by using Himalayan salt in a water bowl. Cleansing with crystals and salt is simple

How Much Should I Have And How To Have It?

This is especially true for those advised by doctors to drink more water. This is because the body will not be able to process all this water without Himalayan salt, which will help with hydration and increase electrolytes in the body. Himalayan salt is also an excellent way of reducing inflammation and decreasing joint pain since it contains a high amount of potassium, magnesium, and calcium.

Does Himalayan Salt Have Iodine?

Iodine is a mineral that is essential for human health. It helps the thyroid gland produce hormones that regulate metabolism, growth, and development. These hormones are necessary for the body to maintain a healthy weight. Iodine also helps the body use energy from food and produce healthy red blood cells. Himalayan salt does not contain iodine, so it’s not recommended as an alternative to table salt.

Some people believe that consuming Himalayan salt can help them achieve spiritual benefits such as peace and tranquility. However, no scientific studies have shown Himalayan salt to have any spiritual gifts.

Where Is Himalayan Salt From?

Himalayan salt has been used in cooking and as a spice for centuries. pink salt comes from remnants of ancient seabeds that crystallized 600 million years ago. It’s mined deep inside the mountains of Pakistan at the Khewra Salt Mine.
There are many salt exporters from Pakistan but Standard salts are one of the largest manufacturers of Himalayan salt and export to Europe, Russia, Spain, Arab Emirate, and the USA. Their salt mining is done from the foothills of the salt range system in Kalabagh and Khewra. About 800 million pounds of salt is mined in Pakistan each year making it the second-largest in the world.

This is about 325,000 tons of salt a year. Over its lifetime is estimated to be 220 million tons produced. Amazingly, this is nothing compared to what is still stored there, which is estimated to be about 6.687 billion tons. The mine is 748 feet deep and has 11 stories. The Khewra salt mine is filled with tunnels that run nearly half a mile into the mountain range. Only 50% of what is mined is taken out, the remaining 50% is carved as support columns for this gigantic mine.