You might be surprised to learn that there are several best salt brands in Pakistan in 2022 that produce various varieties of salt. For many years, these businesses have cultivated a positive image in the eyes of people.

Even though its name implies that it comes from the pristine environment of the Himalayas, Himalayan salt is derived hundreds of kilometers away – specifically, from salt mines in the Salt Range, a hill chain in the foothills of the Himalayan Mountains in Pakistan. The gourmet rock salt is mostly derived from the Khewra Salt Mine in Punjab, Pakistan, and is composed of orange pink-colored rock crystals (occasionally off-white or clear crystals) recovered from ancient salt deposits believed to be approximately 800 million years old.

Kala namak is an Indian volcanic rock salt that is also utilized in Pakistan and many other Asian nations. It begins with Himalayan pink salt, which is then roasted to extremely high temperatures and blended with herbs and spices including amla (Indian gooseberry) seeds and haritaki fruit seeds. The sulfur in the seeds, as well as trace impurities like iron, sulfides, sulfates, and magnesium, contribute to the distinctive color, scent, and flavor of Kala namak. When added to food, the hue is a very dark red, and when ground, it is a faint pink.

The salt from National Foods is also one of the top salts in Pakistan. They offer the best salt for your diet at unbelievable pricing.

Hub-Pak Salt Refinery, often known as (Hub Salt), is Pakistan’s best and largest salt-producing and export firm. They work with all salt grades available for industrial and home usage. Hub-initial Pak’s salt manufacturing capacity was one ton per day. Hub has an installed capacity of 620 tons per day and produces high-quality salt. Their clientele includes practically all quality-conscious purchasers in Pakistan and overseas who want pure, sanitary, and flavorful salt.

Lazzat food is a name of taste and quality. Lazzat foods have a food range of more than 100 plus food items. Lazzat Himalayan Pink Salt is packaged and processed using cutting-edge technology to ensure that it remains fresh, nutritious, and sanitary.

Al Hilal Foods’ salt is likewise regarded as one of the best in Pakistan. They provide the greatest salt for your diet at unbeatable prices.

Masalawala (PVT.) Ltd Salt is available in Karachi, Lahore, Islamabad, Rawalpindi, Peshawar, Quetta, Faisalabad, and over 800 other cities, towns, and villages in Pakistan.

Shan offers genuine and quality Himalayan Pink Salt in its original condition, devoid of contaminants and supplemented with trace minerals. Iodine supplementation aids in the prevention of Iodine deficiency illnesses, while naturally occurring minerals aid in the proper functioning of the organism.

To ensure the highest quality and taste, the natural free-flowing salt is responsibly sourced from Pakistan’s greatest salt refineries. Mehran foods which are largest salt manufacturing brand in Pakistan with its high-quality salt available throughout Pakistan

There are many salt processing plants in Pakistan, Pakistan, with the world’s second biggest salt resources, produces just four million tons of the world’s total salt, which is estimated to be over 300 million tons. Hub Pak Salt Refinery, a private initiative, intends to alter this by establishing its factory on 150,000 acres of land in the Hub Industrial Zone of Balochistan, near Karachi. The project is anticipated to begin production in 2023, according to authorities.

According to authorities at the Hub Pak Salt Refinery, a new salt refinery planned for an industrial zone in southern Pakistan will be the world’s largest, making Pakistan the world’s third largest salt processor. “The investment cost of the project is $350 million,” Ismail Suttar, CEO of Hub Pak Salt Refinery, told Arab News last week, adding that the factory will expand Pakistan’s exports from 400,000 tons to over 30 million. He stated that the proposed plant will become Pakistan the world’s third largest producer of salt and second largest exporter, with the country able to export salt worth more than one billion dollars, or four percent of overall exports.

Pakistani salt is now exported to the United States, Europe, the United Arab Emirates, Australia, Japan, South Korea, and African countries, where it is utilized in the textile, leather, and chemical industries.

Pakistan has two significant salt extraction sources. The first is the Khewra Salt Mine, the world’s second biggest salt mine, located in the Punjab province and the primary supplier of Himalayan pink salt. The second source is saline lakes, which are landlocked pools of water with much greater concentrations of salts and other dissolved minerals than typical lakes. “170 salt lakes in Pakistan’s Sindh province provide industrial quality salts.” “We need more than only for our local requirements,” said Suttar, whose firm handles two types of contracts. whose company handles two salt lake operations in rural sections of Sindh province, around 300 kilometers from Karachi.. The combined yearly yield of the two lakes is around 500,000 tons.

As Pink salt is widely regarded as one of the healthiest salts available, according to several specialists. You can buy this from the top-notch salt brands in Pakistan as being discussed in this article. 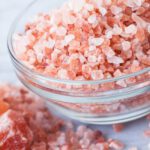 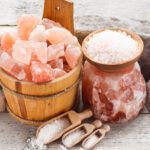 What is Himalayan Salt? 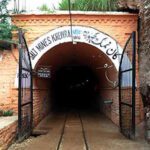 The History of Himalayan Salt 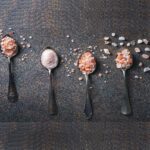 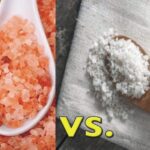 Is Rock salt is better than sea salt? 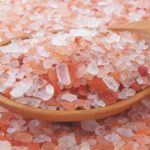