Kosher, Table, And Sea Salt: Which Salt Is The Healthiest? 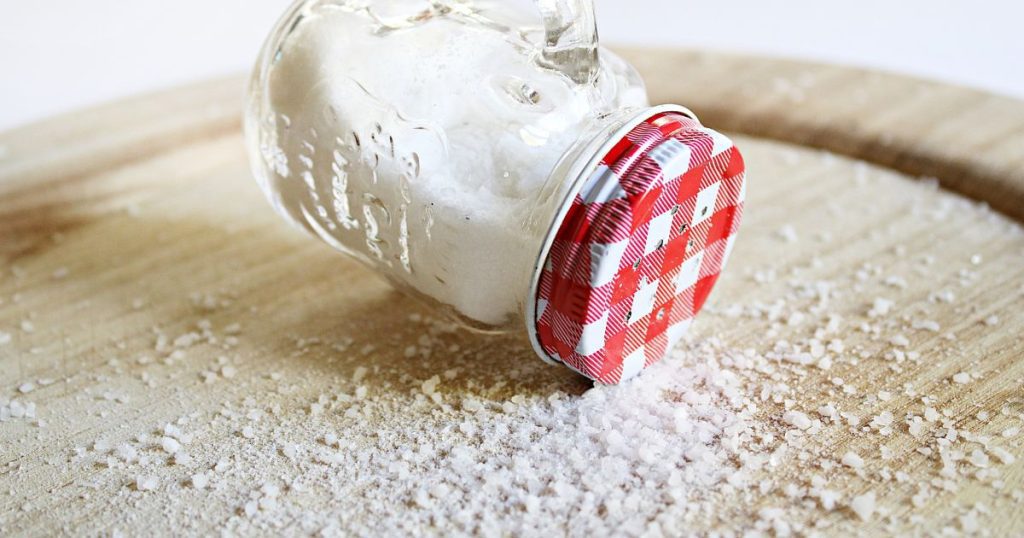 Whether we’re talking about the difference between kosher salt and table salt or discussing sea salt, or Himalayan salt. We are discussing a product that is at least 98% sodium chloride, the grains’ sizes, shapes, and traces of contaminants account for the variations.  Sea salt is produced by evaporating saltwater, table salt is refined from salt that has been mined all over the world, Himalayan salt is obtained by mining in Pakistan’s Punjab province, and kosher salt may be produced from mines or seawater.

Here are the three most popular varieties of salt and all you should know about them:

A mineral is a salt, often known as sodium chloride. Edible salt is critical for human survival and maintains your body working properly. It also has a significant impact on how we view food. It’s nearly impossible to simply describe salt’s function in cooking because of how multifaceted the ways it influences food are.

What Is Table Salt?

Do you remember the salt shaker from your favorite restaurant’s table? That most likely is regular table salt. It is exceptionally salty and has a compact, dense, evenly cubic structure, therefore a small amount can go a long way. The majority of table salt is iodized unless stated. This is why: Since iodine deficiency, which results in goitres, used to be a common health issue. Many people undoubtedly benefited from the decision of iodizing salt, but nowadays you probably get all the iodine you require from foods like shellfish and dairy. Himalayan salt was table salt alternative to use every day. Choose a non-iodized variety of table salt whether you’re using it to prevent your dish from smelling metallic.

Budget-friendly table salt can be used when baking recipes that only call for a tiny amount of salt (a teaspoon or two), as it will dissolve rapidly into your batter or dough and leave no metallic taste in the final product. Additionally, it comes in handy if you need to season your food with a little salt while dining out. But in general, when cooking, it’s recommended to stick with kosher or sea salt.

What Is Sea Salt?

Sea is the main source of sea salt. It is what is left over after water from salty lakes or the oceans evaporates. Because sea salt often undergoes little processing, it still contains minute amounts of minerals including mg, iron, calcium, and potassium.

Compared to table salt and kosher salt, sea salt has a coarser grain.

Sea salt comes in a variety of varieties, and they don’t all be used in the same recipes. For example, fine sea salt is quite expensive. Save it for occasions when you know it will stand out because it is typically used as ending salt. To add texture and flavor, scatter it over meals, steaks, or cookies with chocolate chips.

The small to the medium grain of refined granulated sea salt, which is a little more affordable, is ideal for use during the cooking process. This kind of sea salt should be used to “season foods from within”; add it to the pasta water, weather meats before cooking, or incorporate it into batters and dough.

What Is Kosher Salt?

The largest and roughest grain of all the salts is found in kosher salt. Due to its large, light flakes that take some time to dissolve, it frequently contains no iodine and is highly versatile. To be certified kosher, salt must be produced by a specific set of rules and criteria; not all kosher salt is, in fact, kosher. Look for a box that says “kosher-certified” if you’re shopping for kosher salt.

Kosher salt has a lot of uses. If you’re planning to stock up on any kind of salt, make sure it’s kosher salt. It is perfect for usage before, during, and after cooking due to its gritty texture and quick dissolving characteristics. The difference between kosher salt and table salt is that Kosher salt comes in two main varieties: Morton and Diamond Crystal. They do yield slightly diverse outcomes because they are made in various ways and have unique features.

Which Salt Is The Healthiest Table Salt Or Kosher Salt?

The main function of both salts is to season food. Due to the difference between kosher salt and table salt and its 84 trace minerals and soft, mellow flavor, table salt is often a better healthier option than Kosher salt and works well for cooking. Table salt is highly advised for general use.

How To Choose The Healthiest Salt

Although not all salts are made equal in terms of flavor and texture, all salts are similarly healthful when ingested at regular levels. Salt is still important for health, well-being, and cookery. With relatively minor variations in the trace levels of minerals, as depicted in this table, the level of sodium of various salts is essentially the very same.

Salt is a flavoring agent, not a source of nutrients (except iodine). But maintaining good health depends on including the right amount of salt in your diet. To add variety and flavor to your meals, you can experiment with several specialized salts, but be mindful of your sodium intake. Talk to your physician about salt replacements that are acceptable for you to try if you suffer from high blood pressure.

Although there is a lack of study on many salt varieties, health professionals agree that there is no one salt that is the finest or healthiest. Trace mineral differences between salts cannot be used as a selling point because they don’t offer any additional health benefits.

Himalayan Salt As The Best Alternative

If you’re looking for a crunchy texture with some color to add a finishing touch to your food, pink Himalayan salt was table salt great alternative. Depending on the flavor you want to obtain while cooking with salt, you can always use sea salt, kosher salt, and plain table salt. It’s important to remember that specialty salts are frequently more costly per ounce than table salt and kosher salt.