Himalayan Salt Vs Kosher Salt And The Key Differences 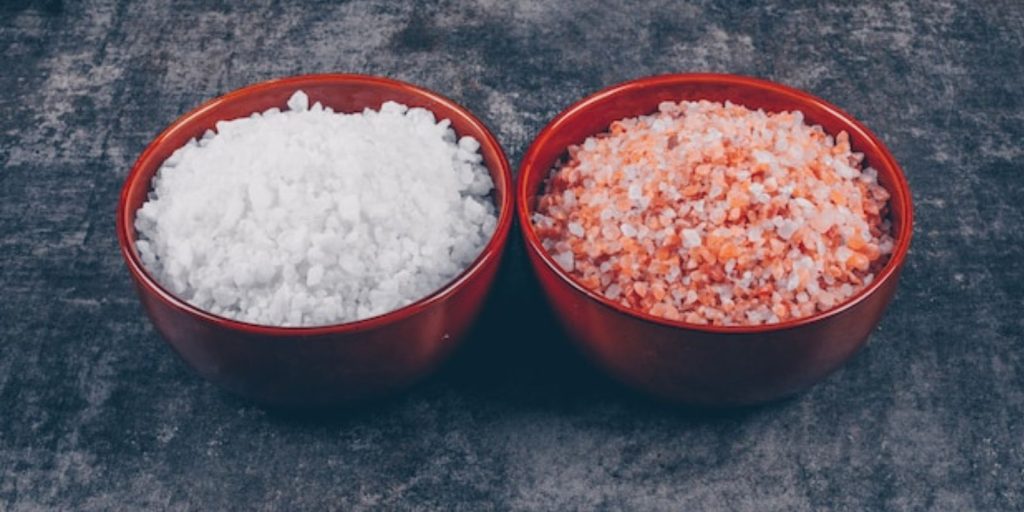 Salt is one of the important things which we need to maintain our lives. It acts as an electrolyte. For brain activity, electrolytes are the most important thing because nerve impulses use them to transport signals all across the body. Salt has been used as an anti-septic in pre-historic times. Here we will discuss Himalayan salt vs Kosher salt and their main differences.

All About Himalayan Salt

If we talk about Kosher salt vs Himalayan salt then Himalayan salt was discovered hundreds of years back in 320 BC when Alexzander and his troops were passing by “Khewra” and his horse began to lick the rocks. He then came to know that the mountains and hills were made of salt. The Himalayan salt in use today is mined from a region of Punjab known as “Khewra”. The rocks are ground into a fine powder and some into granules. This salt has a pink hue to it which is why the whole world calls it Himalayan Pink salt.

i.Himalayan salt has many uses:

i. Himalayan Salt has many health benefits, such as:

Himalayan salt’s history dates back hundreds of years and it is manufactured from the foothills of Khewra salt mines. Its benefits and advantages are eminent around the world. Because of its mineral content, it has so many health benefits. For a healthier lifestyle, Himalayan salt is a no 1 option. People also get curious about the differences between Himalayan Salt or Kosher Salt.

All About Kosher Salt

If we compare Himalayan Salt or Kosher Salt it is more like a crystalline form of salt. Kosher salt was first introduced by the Jewish community. They used it for koshering their meats and then it became available in the market with the name “Kosher Salt”.

Kosher salt is used throughout the whole world for seasoning steaks of different types because it adds lots of flavors to them. People use this salt as a salad dressing as well.

It has various uses around the world, for instance, in some places of the world it is used as an exfoliant for skin. People also use it for cleaning. For example, if you spill some oil then you have to dump this salt and collect it. This is the way of cleaning oil without making a mess.

i. one of the eminent benefits of kosher salt includes:

Where Kosher Salt Comes from?

Kosher salt is not a completely different kind of salt it is a normal table salt but with a bit larger-grains and a crystalline appearance. Its use first started among the Jews and they added it to their customs hundreds of years ago. To make the meat kosher, the meat was first soaked in water. Then they used to take this salt with large grains and rub it on the meat for a specific duration of time. Because of the large size of the grains, the salt didn’t get absorbed in the meat.

Then the meat was ready to use. This type of salt was only used by the Jews for kosher meat and then it was so named “kosher salt”.

In short, kosher salt was first introduced by the Jewish people and was used for the kosher of salts. Then people started using it in cuisines as well. One of its eminent uses is in the seasoning of different food items, like steaks and salads. It improves the health of people using it as well, especially diabetic and hypertensive people as well.

Brief Comparison of Differences between Himalayan Salt or Kosher Salt

Salt is an important component of our life and it is found in almost all the cuisines of the world. It is crucially important for the brain to function properly. The Himalayan salt was found in pre-historic times in mines but kosher salt was just the way of using larger grains of normal salt. Both of them have different health benefits. So, if you want to lead a healthy life but also want your food to taste good. Then you have to start the usage of Himalayan Salt or Kosher Salt. Both are important in their ways.

People also get curious about the differences between Black salt vs pink salt.

We are one of the leading Manufacturers, Suppliers & Exporters of Himalayan Salt Products in Pakistan.
PrevPreviousWhich Salt Is Added In Dyeing Fabric In Pakistan?
NextKosher, Table, And Sea Salt: Which Salt Is The Healthiest?Next